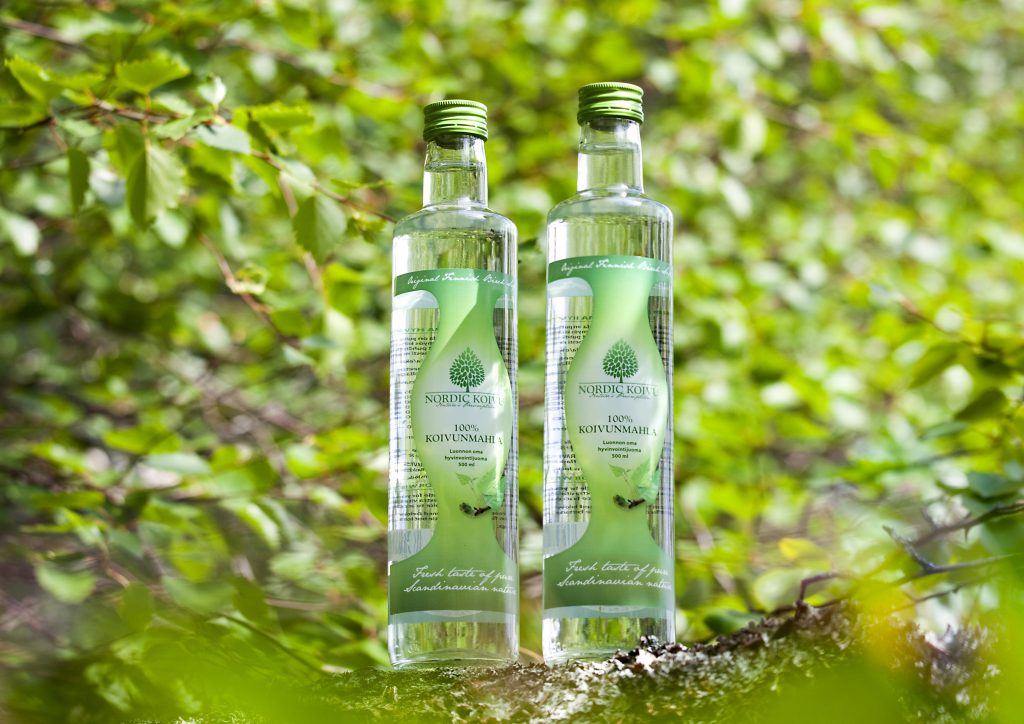 Our investors noted that there were several aspects of our process expertise that could be patented. Our patents give us a competitive advantage, and a well-managed IPR portfolio adds to the value and reputation of the company.

After years of hard work, Finnish company Nordic Koivu has succeeded in turning a unique natural material – birch sap – into an export product with global potential. The company’s production of birch sap is set to multiply over the next few years.

Based in Tohmajärvi, Northern Carelia, Nordic Koivu Oy is working hard to boost the production volumes of birch sap to a completely new level. The company is expanding what is already the largest sap factory in the world, and is actively looking for new birch woods that could be used to harvest the sap.

“For several years, we have been working on some big customer cases that have now come through, and we need to answer the fast-growing demand,” says Nordic Koivu entrepreneur Susanna Maaranen.

With customers in over 20 countries around the world, more than 98 percent of Nordic Koivu’s production is exported. The birch sap bottled by the company is particularly popular in Central European health food stores and pharmacies. However, the fastest-growing customer segment is the industrial sector. Birch sap is used by many cosmetics companies in skincare products, but beverage manufacturers are also showing increasing interest in the Nordic raw material.

Nordic Koivu was born accidentally, when Susanna Maaranen and Arto Korhonen purchased a house in the town of Tohmajärvi and began to consider what to do with the birch trees that came with the property. Instead of chopping down the woods, the couple had the idea of harvesting the sap from the birch and finding a market for it.

Birch sap is mostly water that includes nutrients stored by the tree, along with minerals and vitamins. The sap is collected in the springtime from holes drilled into the tree. The harvesting season is short, only approximately three weeks.

The first bottle of birch sap was on the market in 2001. The following year, Nordic Koivu received a boost for its business from the Inno-award, granted by the President of Finland. Susanna Maaranen notes that from the beginning, the company has aimed for global sales, since Finland is a relatively small market.

“Pure natural products such as birch sap are also in higher demand internationally. A good website is a must, and participating in the most important trade fairs has been essential for reaching global markets.”

According to Maaranen, natural products are becoming increasingly popular with consumers around the world, and this trend is reflected in the demand for birch sap. Many similar products, such as coconut water, have also become commercial successes in recent years.

Collecting birch sap is an ancient tradition in Finland. However, Nordic Koivu’s aim has been to develop a modern and innovative offering with clear success potential in export markets. A unique characteristic of the company’s consumer product is that the bottled sap is conserved in room temperature for up to 18 months without heat treatment or additives. Maaranen says the proprietary harvesting and manufacturing process is the result of years of development.

“We have filed patent applications on the key parts our manufacturing process, but the applications are still pending.”

Patenting and other IPR topics were brought to the Nordic Koivu’s attention when new private investors joined the company as partners.

“Our investors noted that there were several aspects of our process expertise that could be patented. Our patents give us a competitive advantage, and a well-managed IPR portfolio adds to the value and reputation of the company,” says Susanna Maaranen.