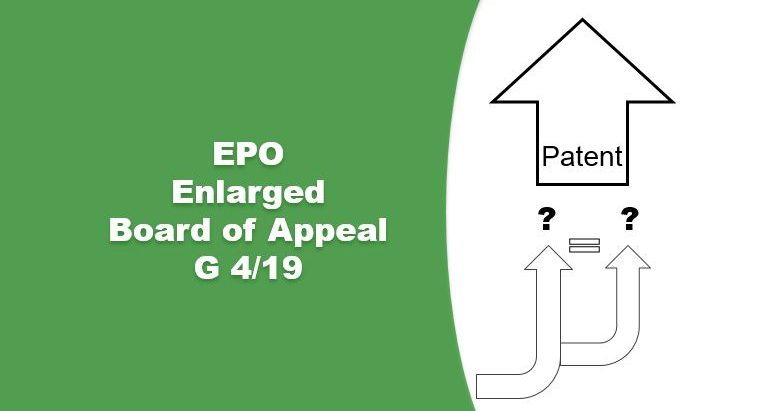 Grounds for the decision

In the case at the basis of this decision, the EPO had refused an application having claims identical to the claims of an EP-patent of the same applicant, while the application claimed priority from this granted patent. As double patenting is not explicitly prohibited in the EPC, the question went to the Enlarged BoA. The main argument of the applicant was that the applicant should have the right to a second patent for the same subject-matter when the term of protection of the second patent would be longer than that of the first patent.

The Enlarged BoA did not acknowledge such right and decided that an application can be refused on the basis that it claims the same subject-matter as an earlier European patent which has been granted to the same applicant and which does not otherwise affect its patentability. The EPC and its travaux préparatoires thus contain, in the opinion of the Enlarged BoA, a legal basis for such a refusal. Therefore, there is no difference whether the later application is filed on the same day as the earlier one, whether it is a parent or a divisional application, or whether it claims priority from the earlier application (in so far as this is the meaning of the definition in point 2. c) of the headnote).

What is the practical effect of this decision?

The applicant will need to carefully assess the pros and cons of obtaining a patent from a first filing at the EPO as soon as possible, i.e. obtaining protection is Europe quickly on one hand, and having the protection end at the same time everywhere, on the other hand. It is not possible to have both, although it is possible to try and get protection in Europe quickly by allowing the priority application to lapse and filing a new EP-application claiming priority, in which case the term of protection is the same everywhere.

It also remains to be seen how the EPO will interpret the concept of “same subject-matter”, i.e. will the prohibition only apply to cases having fully identical claims or also claims which are almost identical (and where is the boundary between the two). The decision specifically mentions that it does not take a stance in this matter, likewise for the concept of “same applicant”. Let us hope that the Guidelines for Examination of the EPO will however give some guidance at least in respect of what is considered the same subject-matter. We will however need to wait until at least March 2022 for the next edition to be published.